However I want to make a few things clear on my opinions on them.

Putting your nerdglasses on now is optional.

So here is another extra:

First, I’ll talk about Ninja Gaiden III, the game I used as an example for  how not to do a sequel:

Let me first make it clear that I actually DON’T hate the game.
I mean that’s logical, the game isn’t out yet, but I’m sure I’ll actually enjoy the game for what it is.

Sure, I hate the way they tweaked the gameplay, which makes lots of stuff I found fun to do in the previous games impossible, like this:


And sure, I hate how they pretty much ignored any improvements Ninja Gaiden II did with the enemies where I actually felt they were there to KILL you instead of being cannon fodder. I mean in Ninja Gaiden II, they could get their legs cut off and then they’d CRAWL to you just to stick an explosive knife into you so that if they die at least you die WITH them.
Yeah, sad how that´s gone, huh?

You know, I hate how they remove not only the ability to cut off limbs, but also the varieties of weapons. Granted that last one has yet to be confirmed though, so I’ll withhold judgement about that till the game’s released.

And of course I also hate how they make it easier for the sake of getting more sales, which goes completely against the point the original creators of the previous games (even going so far as the previous creators that made the NES games, so that’s pretty bad…).

But do I hate the game itself?

Actual answer: No, I don’t hate the game. I just hate the few design choices they made.

I’ve learned however that to appreciate a game for what it is, I have to judge it on it’s own. And that’s the thing.
As a sequel, it goes completely against what all the previous games did.
As a game? Well, even I have to admit that the game is still solid.

The game won’t ever surpass the previous games, but on it’s own, most likely it’ll be pretty good. So I suggest anyone who has an Xbox 360 or Playstation 3 or planning to get a Wii U to get it, if being sadistic and killing people in stylish ways is what you find fun.

1. The Story:
https://www.youtube.com/watch?v=n07GjCmZuZU
With Ninja Gaiden, a story SHOULDN’T be the main focus, like I said in my Game Philosophy about sequels.
Ryu Hayabusa shouldn’t be the most important part of the story. He’s supposed to be the Assassin that has his own mission only to land in the most ridiculous situations where he has to fight through the distractions to get to his goal.
The story here seems to try to make it personal, which goes against the point of the game series.
HOWEVER, the story does take an interesting concept. Where it’s not Ryu that’s feeling guilty about his murders, but that the blood of those he killed is mutating him to REPRESENT guilt.
That’s actually a good way to deal with it. It’s not exactly guilt, but it’s a good representation in how it slowly covers you.
Plus the game actually tries to tell the story in a streamlined way where it’s told while you play the game, like how you hear people talk about something that’s happening while you run on the rooftop.
So the story isn’t really something that will “wow” me, but at least it tries.

This is a GREAT idea. The gameplay of Ninja Gaiden is great, and making it a multiplayer is awesome.
The fact you can make your own Ninja is cool too.
Plus, that “Death to All” instead of “Free for All” IS kinda clever.
Nothing to say but that THIS is the reason I’ll be getting this game at all.

It just fits the tone of Ninja Gaiden, and it’s the right logical step.
Plus they removed that stupid purple mist that was in Ninja Gaiden Sigma 2.
For those who don’t know, Ninja Gaiden Sigma 2 was a remake of Ninja Gaiden II for the Playstation 3, and whenever someone’s limb was cut off, Purple Mist comes out of it. See if  you can figure out the biology of that <_<
Either way, besides how Ryu’s suit looks like a Dark Knight costume, I like it.

Well, that’s my opinion on Ninja Gaiden III, now let’s move on to DmC, the reboot/prequel/whatever of the Devil May Cry series.

Here it is, the game I spent my whole first Game Philosophy on ranting about it. The big example of how NOT to do a reboot.

But the question is, do I actually think it’ll be a good game?

Devil May Cry, unlike Ninja Gaiden, is more based on the character being the important part of the story rather than the environment. So it’s a big deal when Dante is not the likable character he’s supposed to be.

The problem however is that I’m not sure what to think of the game because the CREATORS don’t seem to be sure what the hell they’re actually MAKING!

They seem to flipflop like a fish about whether it’s a reboot or a prequel to the existing series.

Besides looking like Edward if he decided to try a new hairstyle, this Dante doesn’t seem to fit with any description of any Dante we know of, unless the Italian writer Dante Alighieri who wrote the Divine Comedy is supposed to be an Emo kid rather than an old man.
However, if this is supposed to be a prequel, I guess it could be possible for him to grow into the Dante we fans know and love from Devil May Cry 3, which for those who don´t know is the prequel to the first Devil May Cry.
It would take a good developed story for that, but I´ll keep an open mind about.
If it´s a REBOOT though, this is pretty much everything that could´ve been done wrong about a redone character.

This, I HONESTLY actually like! No matter if it´s a prequel OR a reboot.
From what I can gather there is a normal and evil version of each environment, like the contrast of Heaven and Hell.
And I like it. If honestly fits.
When screens came up about it, I was honestly surprised how I finally found something I like about this game.
Good job Ninja Theory. Now if only you could make me like the character.

Maybe not so ironic is how this is the TOTAL opposite of the previous, where I can only HATE this.
The combat has been lowered down from over-the-top free form combat to simply doing designated attacks with barely any variety.
As a prequel you can excuse it for Dante not being as strong as the previous games, which is bullcrap considering Devil May Cry 3 is a prequel yet the creators were smart enough to think just because it’s a prequel they shouldn’t lower the gameplay because of it. So instead they gave Dante in DMC3 more moves than he did in DMC1, and it worked. DMC3 is mostly seen as the best DMC game. So the combat here is just bad in comparison.
As a reboot, that really just sucks.

Well, that’s it for the two games and what my opinions of them are.

As much as I bash the stuff they did wrong, I still appreciate what they did right, and I will definitely get them sooner or later.

So. Any other things I need to make my opinions clear on? 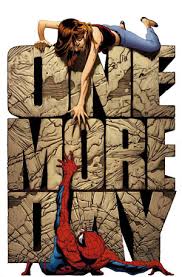 One thought on “Game Philosophy: Ninja Gaiden III and DmC”